Take a sip on top of Mt. Fuji.

Kanpai! Enjoy refreshing sips of your favorite drink in a glass that pays homage to Japan’s sacred mountain and symbol of national identity. At the bottom of the Mt. Fuji Whiskey Glass is a built-in 3D miniature of the famous landscape that glows in colors that match the beverage you serve! This handmade rocks glass adds a sense of wonder to every swill. It’s a piece of the Land of the Rising Sun you can take with you whenever you have a toast with your loved ones, wherever you are. Whether you’re having whiskey on the rocks or water with lemon slices, this tumbler will make your drinking experience as splendid as climbing the mountain itself!
$51 – $60
www.edomono.jp
Similar products on amazon and etsy
Previous
Next

To the Japanese people, Mt. Fuji or Fuji-san in their local language is more than just another peak for mountaineers to conquer. According to Shinto, Japan’s indigenous faith system, “kami” or spirits live inside animals, landforms, bodies of water, and natural phenomena like wind and thunderstorms. It’s the belief behind the Japanese’s reverence of the famous mountain or to be more specific, an active volcano.

A small, translucent replica of the World Heritage site is the Mt. Fuji Whisky Glass’s main feature. Created by manufacturer Tajima Glass, the item has been featured on Japanese TV and is a Japan Souvenir Grand Prix 2015 awardee.

Dreaming of visiting the site someday? It’s one glass away!

The Mt. Fuji Whisky Glass is one of the most precious items Japanophiles must have among their collections!

If you’ve been a tourist or are an immigrant in Japan, gift your loved ones with this glass as a keepsake. It’ll make for a bright and merry homecoming celebration! Winos will also love to taste some sake in it. Japanese drinking etiquette emphasizes building relationships in drinking sessions. Nothing strengthens bonds better than sharing a bottle of good wine served in artisanal glassware!

Is it immediately available?

The Mt. Fuji Whiskey Glass is made to order, so expect it to arrive in about two months after payment, especially since the demand for it has been great. Also, making the item is an elaborate process as each piece is meticulously manufactured by hand.

What sets it apart from other whiskey glass types?

Aside from being dedicated to spirits on the rocks, its rim is also big enough for you to get a whiff of your drink’s aromas. If you’re taking a long break with some aqua vitae on ice, this kind of glass is the best companion you can have. 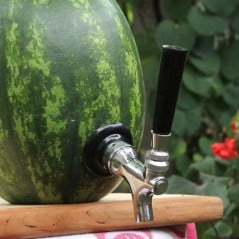 Need a little fruity mix to lighten up the party? Well, better grab the next big fruit you see in the grocery and stick the Deluxe Watermelon Tap Kit … 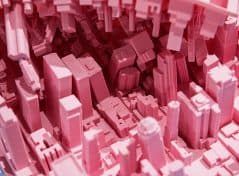 Have you ever dreamed of creating your own sci-fi movie madness? The Inception Dish Rack makes it so easy to do. This dish drainer or desk organizer i… 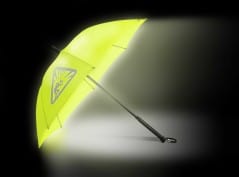 Sometimes it can’t be helped that you need to walk several streets in the middle of the night to buy some milk and cookies to satisfy your munchies, w… 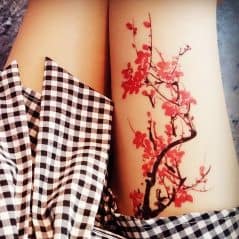 Tattoos are all the rage these days. But, the real deal can be a significant investment in time and money, not to mention the fact that they tend to h… 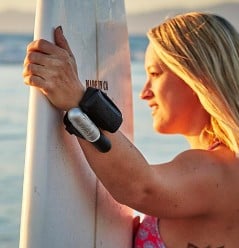 When out on the beach, you have to practice maximum safety. There are lots of things that could prevent you from swimming back to shore even if you’… 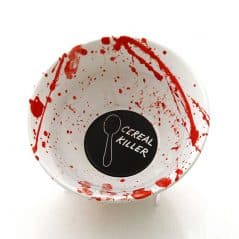 If you are ready for the most intense breakfast ever, you’ve got to get a Cereal Killer Bowl. This fun way to start your day measures 6.5” X 3” … 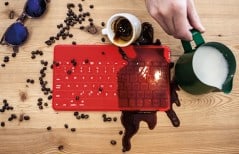 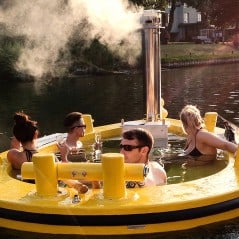 Some people think that a Jacuzzi is the height of extravagance, and they would be wrong. How about a sailable hot tub that you can ride along with 6-8… 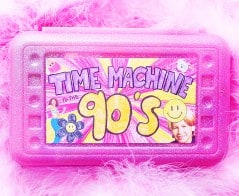 Sweet and Lovely Time Machine To The 90s Nostalgia Kit

People tend to have a highly romanticized view of the 90s. The 1990s were simply a magical decade that had the best sights, sounds, toys, and attitude… 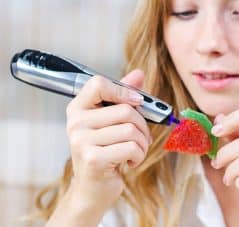 3D printers are the ultimate artistic tool as they let you create sculptures from you computer’s monitor to reality. The problem is that not only are … 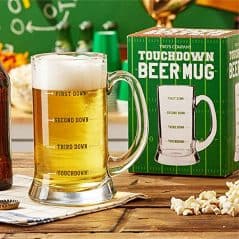 It’s normal for social drinkers to lose track of how much beer they have downed, but it can be a recipe for disaster. The Touchdown Football Beer Mu… 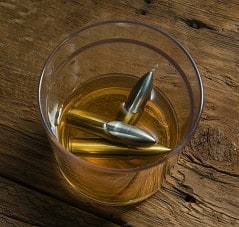 Nobody enjoys drinking water downed whiskey so if you want to keep your drink chilled, load your glass with Sip Dark Custom Engraved Whiskey Bullets. …