Update: ThinkGeek no longer sells this product but a similar item is available at Valve Store.

Watch your head! The Half-Life HeadCrab Hat is here to leap onto your face and stick its nasty claws on your brains. This plush hat is made to resemble the parasitic, crab-like, alien organism from the highly-acclaimed game series. It looks oddly cute and ready to cuddle, but, beware, it’s got four claws that rest on your head and grisly teeth that can eat you up. It’s made entirely from polyester, making it just as comfortable as it is fashionable. What’s more is that it has adjustable Velcro straps, allowing it to fit…or turn just about any head into a mindless zombie.
$21 – $25
www.thinkgeek.com
Similar products on amazon and etsy
Previous
Next

Headcrabs, as they’re commonly called, are parasitic alien creatures from the Xen dimension featured in the long-running series of Half-Life games. They leap onto potential hosts’ heads, break into their skulls with their beaks, and take control of them.

This Half-Life HeadCrab Hat is an accessory designed to make it look like the so-called alien creature has latched on to your head and taken over your body, which can spice up your cosplay attires or simply protect you from the sun on a hot day.

It’s fashionable, comfortable, and detailed. The only catch is it could convert you to a zombie. Not scary at all, right?

Surely, no one wants to become a host for a parasitic alien. But a lot of people want to celebrate the Half-Life saga in any way they can while they lose their wits about the mythical sequel that’s seemingly never coming.

The Half-Life HeadCrab is the perfect display piece for any fan of the games from Valve. It’s also great for cosplayers who want to take their costumes to the next level. This headcrab headwear is going to turn some heads and make people think the recipient is a mind-controlled host after series protagonist, Gordon Freeman.

Is this an officially-licensed item?

Yes, the Half-Life HeadCrab Hat is an officially-licensed collectible from Valve Corporation, the same company behind the game.

Will it turn me into a zombie?

It definitely will. Be warned, these so-called hats are sourced from Xen and shipped to shady warehouses before they’re delivered to your homes. We wish we were kidding, but we suggest keeping a Gravity Gun handy when you receive your package. We don’t want to be responsible for anyone turning into brain-dead creatures. 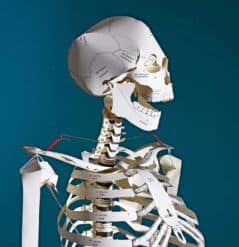 Feeling down in the dumps because you do not have any friends? Now you can build your own friend with this Build your Own Life Sized Human Skeleton Bo…

There are two things that have proven to be a hit among all the dudebros out there. First is the disc-based golf game called Discraft, and the other i… 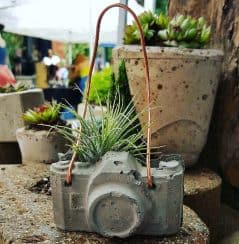 Here is one hip photo worthy plant holder that’ll bring life to your garden. Whether you are planning to use it as a hanging centerpiece or just a sid… 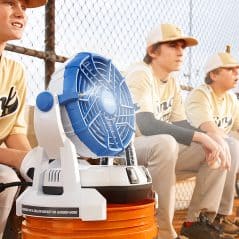 One of the things you have very little control over while outdoors is the temperature. And on really hot sunny days the heat can take a toll on your b… 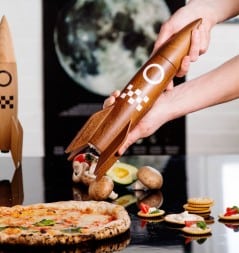 Relieve yourself from worries in grinding your salt and pepper with the Salt and Pepper Rocket Mill. It is made of solid beech wood with a ceramic mec… 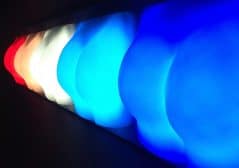 I bet you never thought that your love for slapping butts would ever serve any meaningful purpose. Now you can put your slapping, pinching and squeezi… 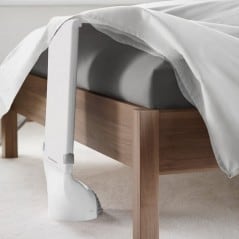 Say goodbye to those hot sweaty nights, because now you can sleep a lot better with the relaxing cool breeze from the Bed Fan. It efficiently dispers… 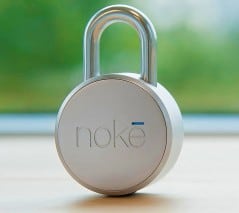 Say goodbye to noisy, easy-to-misplace keys with the Noke Keyless Bluetooth Smart Padlock. This strong water resistant padlock is made from tempered s… 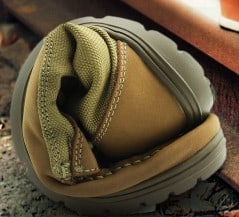 The thing about traveling is that packing shoes can be a complete hassle specially if your bag is already crammed. With the Collapsible Boulder Boot, … 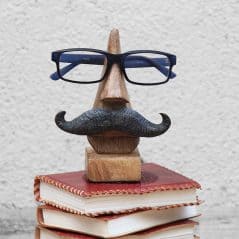 Keep your eyeglasses safe and amuse yourself at the same time with Sarangpur’s Wooden Glasses Holder with an Amusing Mustache. This wooden holder is h… 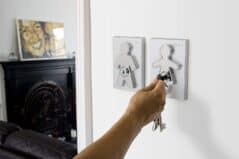 j-me His and Hers Key Holders

If you and a partner keep mixing up your keys, the His and Hers Key Holders will give you a funny and irreverent way of preventing future mix-ups. Eac… 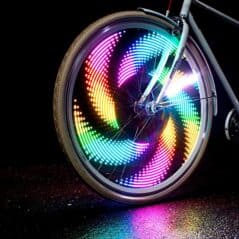 Why not take your nighttime jaunts up a notch? By installing the M232 Monkey Light on your bike, you’ll catch the attention of people and avoid acci…