If you thought retro gaming could never be seductive, you’ve probably never heard of Pixel Panties before. This is an attractive and fun line of women’s underwear shaped in the 8-bit square graphics of old-school games. These undies are made of 82% polyester and 18% elastane fabric from the Italian manufacturer Carvico, which means they don’t trade comfort for style. Additionally, the panties are laser cut, so they’re completely seamless and adapt perfectly to your body. You won’t find any stitches or sewing whatsoever. An underwear that combines jagged and smoothness in one hot package, it’s what happens when sexy lingerie meets geek culture.
$26 – $30
pixelpanties.com
Similar products on amazon and etsy
Previous
Next

After a night of intense gaming, Portuguese designer duo Sebastião Teixeira and Cesaria Martins had a dream of sexy women in pixelated lingerie. So, the next day, they followed their dream and after a successful round of crowdfunding, we officially now have the world’s first 8-bit underwear.

Apart from the Classic Black and White Pong undies, Pixel Panties come in different colors and designs, including Mario Fiery Red, Sonic Ultrasonic Blue, Kirby Pink, Game Boy Gray, and ZX Spectrum Teal, among so many others. They are all, as advertised, nerdy and NSFW at the same time.

With all those clever names and options, how can you pass on the chance to pixelate your behind?

Believe it or not, recent findings have revealed that there are now almost as many women playing video games as men.

Similar to males, “girl gamers” also have the need to express their passion for gaming in their own way, and one such way is, of course, through fashion. That’s why the Pixel Panties are great for women who want to feel sexy while showing people they’re gamers. If you’re a guy reading this, stop imagining your nerdy girlfriend or wife in them and actually buy her the sexiest pixelated underwear you can get your hands on. Now that’s geek chic for you.

Where are they made?

Pixel Panties are manufactured in a plant in Portugal, where strict labor standards are implemented. They’re not made in sweatshops, if that’s what you’re thinking. The plant meets the highest European standards when it comes to safety, wages equality, and environmental impact.

Does it come with a top?

No, it doesn’t come with a top. While some tops have the exact same design as their bottom counterparts, they’re not sold together as a set. So, if you just want bottoms, you can buy them on their own. And vice versa. 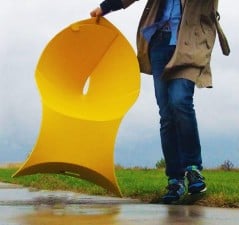 Solve your “where’s my chair problem” wherever you are by always bringing a Flux Chair with you. It is easy to travel with in its flat pack state and … 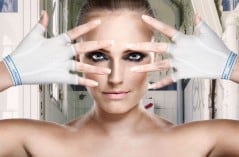 So you got one of those soft delicate hands that easily sore from even the lightest tasks. Don’t worry we have just the thing for you, the Handerpants… 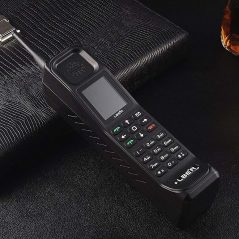 Sometimes you just need to get back to basics and unplug from the relentless world of the internet. Pass up your smartphone and use the LBER KR999 Cla… 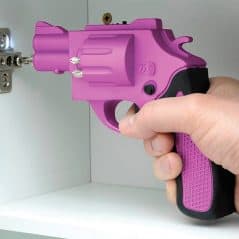 Tools and the people that use them are supposed to be pretty hardcore. By using a Revolver Shaped Screwdriver, there’s no doubt that hardcore is exact… 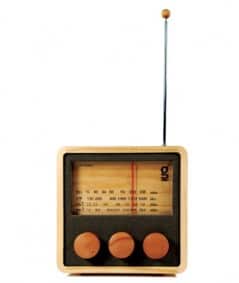 If you want to get that rustic appeal going in your home, get the Magno Model 2 Sustainable Table Radio. This classic-looking radio blends the old an… 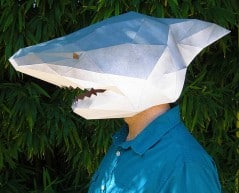 Climb all the way to the top of the food chain with this DIY Paper Shark Mask kit. Be an instant apex predator on land using nothing but paper, scisso… 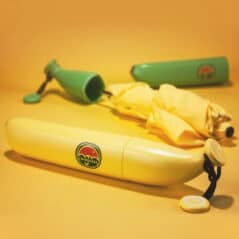 Getting stuck in a rainstorm can be a bummer but with the Um-Banana Compact Umbrella it can actually be fun. This cute little umbrella is under a foot… 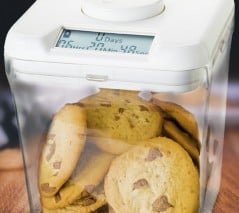 Are you on a diet but just find can’t discipline yourself to stop eating whatever is in the fridge? The Kitchen Safe Time Locking Container might be o… 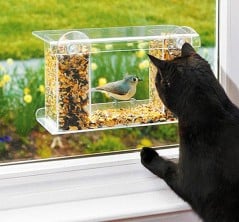 Do you like watching the birds? Or maybe you have a cat? Can you imagine the pictures you can get from the feeder and from the cat? Seeing birds up cl… 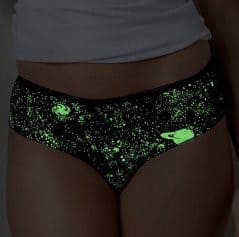 Sexy underwear is nice to have for when you’re having company over. But the problem with them is that their sexiness disappears when you turn off th… 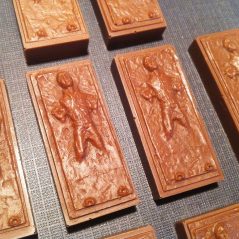 One of the most iconic things from George Lucas’ original Star Wars trilogy was when Han Solo was encased in Carbonite. Pay tribute to this timeless…